For all of those lucky travellers heading out for Spring Break this month, I have collected some great reads.  They are all on my own list.  So whether you will be sitting on a beach, travelling for hours on planes, trains and automobiles or just enjoying a relaxing staycation, these titles are for you.  Bon Voyage! 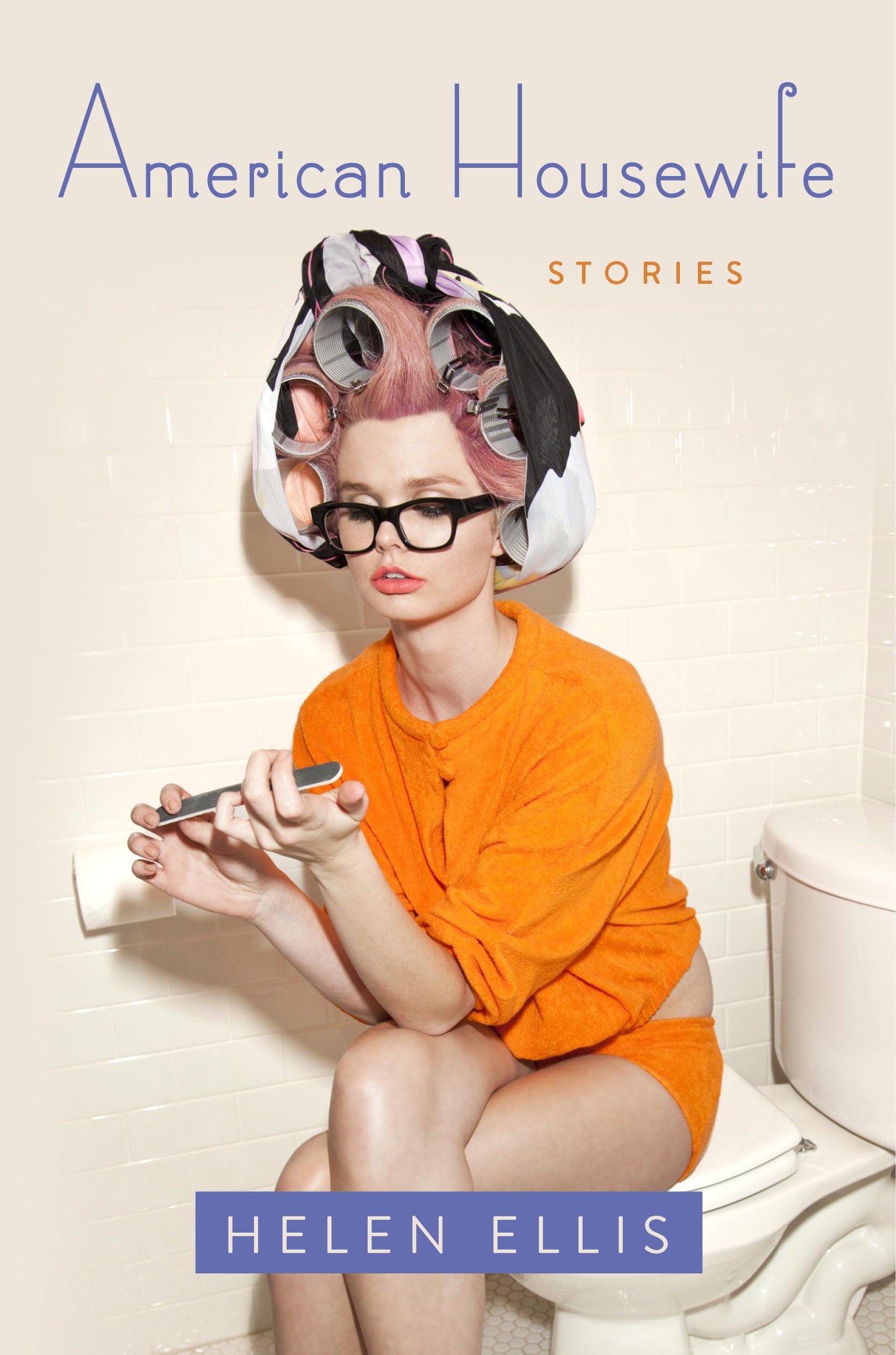 Meet the women of American Housewife: they wear lipstick, pearls, and sunscreen, even when it's cloudy. They casserole. They pinwheel. They pump the salad spinner like it's a CPR dummy. And then they kill a party crasher, carefully stepping around the body to pull cookies out of the oven. These twelve irresistible stories take us from a haunted prewar Manhattan apartment building to the set of a rigged reality television show, from the unique initiation ritual of a book club to the getaway car of a pageant princess on the lam, from the gallery opening of a tinfoil artist to the fitting room of a legendary lingerie shop. Vicious, fresh, and nutty as a poisoned Goo Goo Cluster, American Housewife is an uproarious, pointed commentary on womanhood.  Summary Amazon.com

My Name Is Lucy Barton by Elizabeth Strout.

Lucy Barton is recovering slowly from what should have been a simple operation. Her mother, to whom she hasn’t spoken for many years, comes to see her. Gentle gossip about people from Lucy’s childhood in Amgash, Illinois, seems to reconnect them, but just below the surface lie the tension and longing that have informed every aspect of Lucy’s life: her escape from her troubled family, her desire to become a writer, her marriage, her love for her two daughters. Knitting this powerful narrative together is the brilliant storytelling voice of Lucy herself: keenly observant, deeply human, and truly unforgettable. Summary Amazon.com 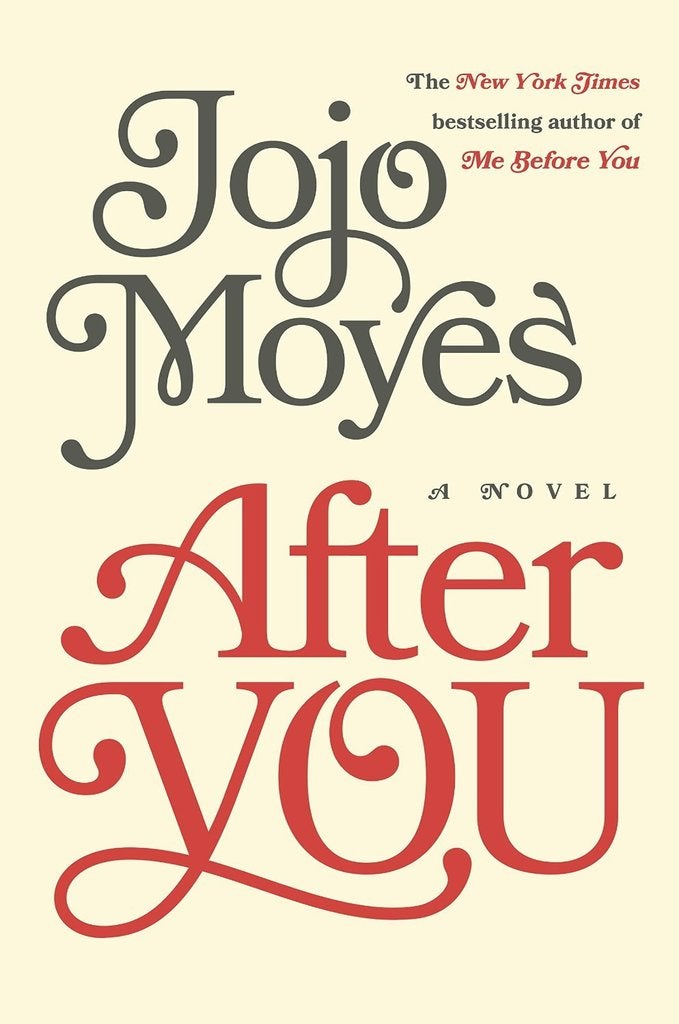 After You by Jojo Moyes

How do you move on after losing the person you loved? How do you build a life worth living? Louisa Clark is no longer just an ordinary girl living an ordinary life. After the transformative six months spent with Will Traynor, she is struggling without him. When an extraordinary accident forces Lou to return home to her family, she can’t help but feel she’s right back where she started. Her body heals, but Lou herself knows that she needs to be kick-started back to life. Which is how she ends up in a church basement with the members of the Moving On support group, who share insights, laughter, frustrations, and terrible cookies. They will also lead her to the strong, capable Sam Fielding—the paramedic, whose business is life and death, and the one man who might be able to understand her. Then a figure from Will’s past appears and hijacks all her plans, propelling her into a very different future. . . . For Lou Clark, life after Will Traynor means learning to fall in love again, with all the risks that brings. But here Jojo Moyes gives us two families, as real as our own, whose joys and sorrows will touch you deeply, and where both changes and surprises await.  Summary Amazon.com

In 2008, Isabelle—a self-made, thirty-something Wall Street star—appears to have it all: an Upper West Side apartment, three healthy children, a handsome husband, and a high-powered job. But her reality is something else. Her trading desk work environment resembles a 1980s frat party, her husband feels employment is beneath him, and the bulk of childcare and homecare still falls in Belle’s already full lap.Enter Henry, the former college fiancé she never quite got over; now a hedge fund mogul. He becomes her largest client, and Belle gets to see the life she might have had with him. While Henry campaigns to win Belle back, the sexually harassed women in her office take action to improve their working conditions, and recruit a wary Belle into a secret “glass ceiling club” whose goal is to mellow the cowboy banking culture and get equal pay for their work. All along, Belle can sense the financial markets heading toward their soon-to-be historic crash and that something has to give—and when it does, everything is going to change: her marriage, her career, her world, and her need to keep her colleagues’ hands to themselves.  Summary Amazon.com

This Was Not The Plan by Christina Alger

Charlie Goldwyn’s life hasn’t exactly gone according to plan. Widowerhood at thirty-three and twelve-hour workdays have left a gap in his relationship with his quirky five-year-old son, Caleb, whose obsession with natural disasters and penchant for girls’ clothing have made him something of a loner at his preschool. The only thing Charlie has going for him is his job at a prestigious law firm, where he is finally close to becoming a partner.But when a slight lapse in judgment at an office party leaves him humiliatingly unemployed, stuck at home with Caleb for the summer, and forced to face his own estranged father, Charlie starts to realize that there’s more to fatherhood than financially providing for his son, and more to being a son than overtaking his father’s successes.At turns heartbreaking and hilarious, This Was Not the Plan is a story about loss and love, parenthood, and friendship, and what true work-life balance means. Summary Amazon.com

The Darlings by Christina Alger

Since he married Merrill Darling, daughter of billionaire financier Carter Darling, attorney Paul Ross has grown accustomed to all the luxuries of Park Avenue. But a tragic event is about to catapult the Darling family into the middle of a massive financial investigation and a red-hot scandal. Suddenly, Paul must decide where his loyalties really lie.Debut novelist Cristina Alger is a former analyst at Goldman Sachs, an attorney, and the daughter of a Wall Street financier. Drawing on her unique insider's perspective, Alger gives us an irresistible glimpse into the highest echelons of New York society—and a fast-paced thriller of epic proportions that powerfully echoes Claire Messud's The Emperor's Children and reads like a fictional Too Big to Fail.  Summary Amazon.com